Looking back on Facebook today, I was flooded with a lot of posts of people praying and thinking of Brody. Today will always be a special anniversary for our family. Two years ago to day, I took my little baby (he looks so little when I look back on pictures) up to Cincinnati Children's Hospital for his Cochlear Implant surgery. You can read about that day here and  here. 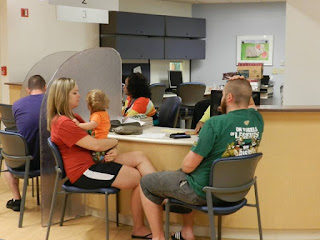 The worst part of the whole surgery for us was when the anesthesia kicked it. The hospital allowed us to walk him all of the way to the OR, which was wonderful other than the immediate affect of it and his limp little body. Brody was a trooper though. He bounced back quickly and healed wonderfully. 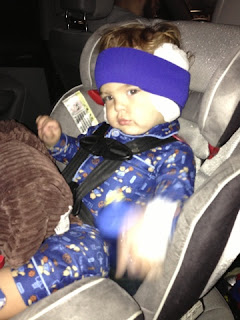 Dr. Choo has an amazing scar that we have not had any problems with. We have had a handful of problems with his magnet site. It will get red, irritated, etc. Usually it after a hair cut when his hair is thinner. We have switched the magnet on the outside of head that is attached to his processor from a 2 strength to a 1 strength. This is weaker, but so far we aren't having any problems. Dr. Choo had explained to us that as you grow, your skull changes. We will probably end back up with the stronger magnet again eventually.

September 16th is when we celebrate his actual "hearing birthday." This was the day his processors were activated and his "ears" turned on. We are going to celebrate his ears again this year!

Posted by The Fromholt Family at 11:43 AM No comments:

Haven't posted in awhile. We had a fun and busy summer! Brody turned three in June. We had a "Brodeo" party complete with ponies! 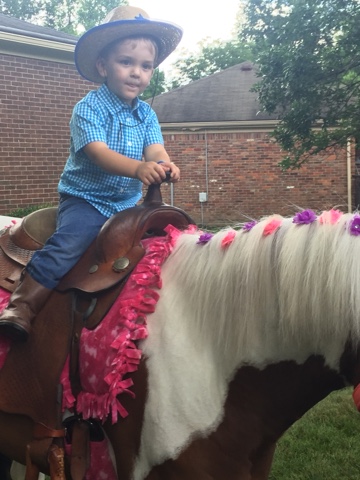 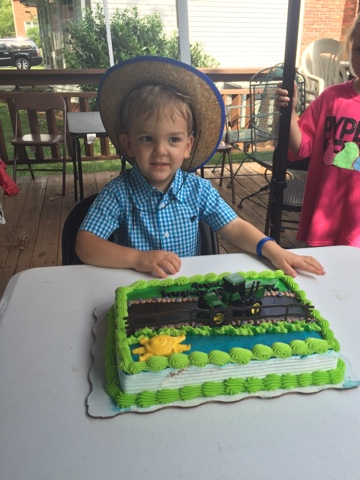 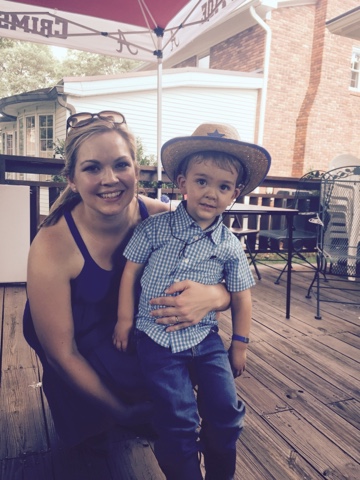 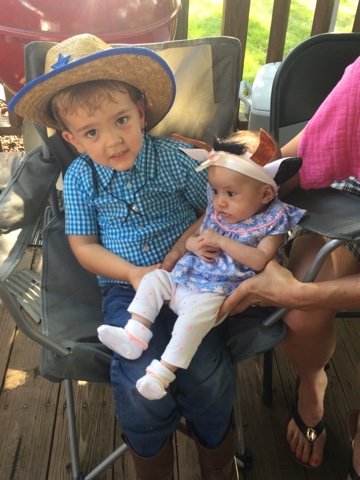 Brody got a jeep for his birthday. He's not the safest driver, but he's obsessed with it! 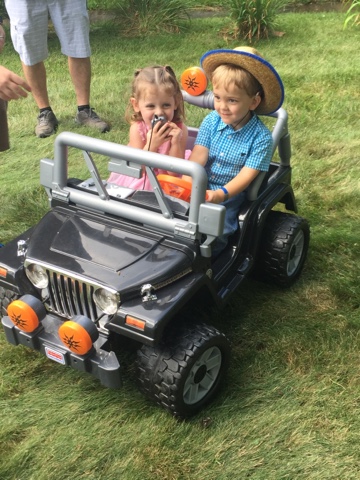 He also got a big boy bike from Papa Tom and Grammy. We have only been riding short distances because we can't find a bike helmet that fits. He has a big head anyway, and the helmets don't fit right over the processors. We've tried on at least 20 different ones now. I'm determined to find one!

We went to Kentucky Down Under down in Western Kentucky. It's a small zoo with Australian animals. Brody loved it! They also had a small cave you could explore. Brody's balance and my freaking out about the processors falling down a hole in the cave made me have anxiety, but we made it out fine! 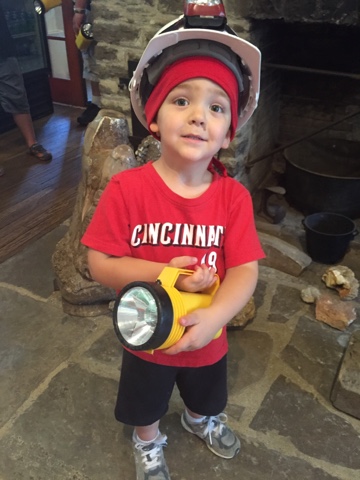 Brody "graduated" from Heuser Hearing & Language Academy's deaf and hard of hearing playgroup. We're going to miss seeing Ms. Paula and Ms. Mary Beth every Tuesday! Look how much he changed in a year! My baby is growing up! 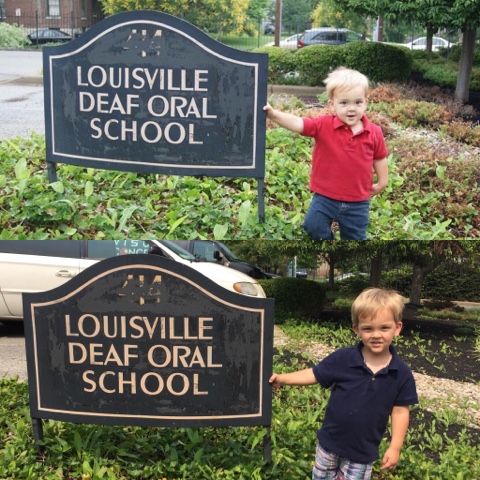 Also, look for the top picture in Heuser's new brochure! I was in the Memphis Oral School's brouchure when my mom worked at it. Keeping in the family!

We took in a few Louisville Bats baseball games. Brody is obsessed with baseball. More the national anthem, take me out to the ball game and the merry go round, but he loves watching the players too! 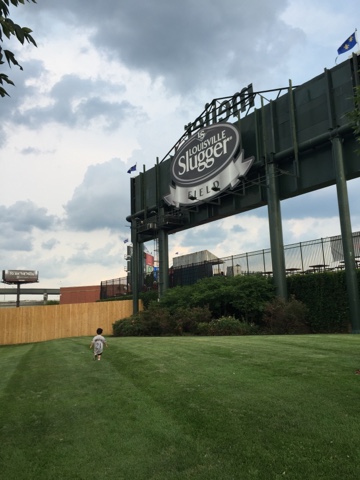 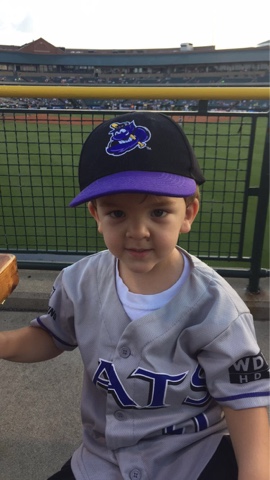 We spent time on Papa Tom's boat over July 4th. We forgot Brody's Nammu hat that helps hold on the Aqua+ when Brody's swimming, so we went with a patriotic rag. He thought it was so cool! 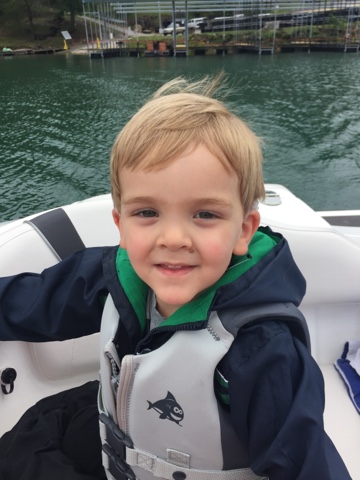 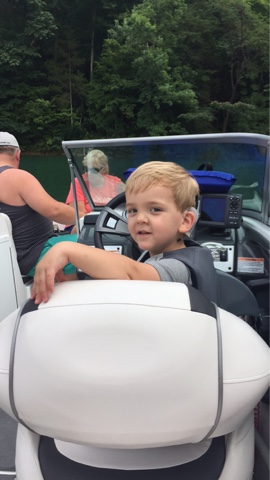 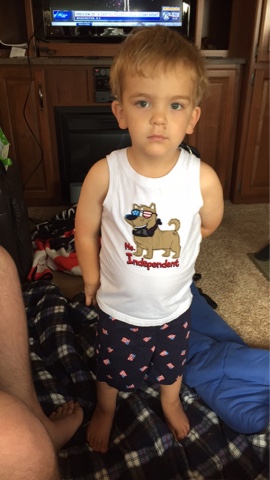 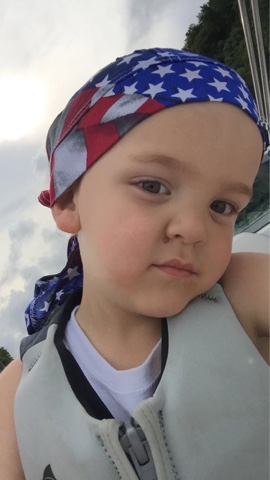 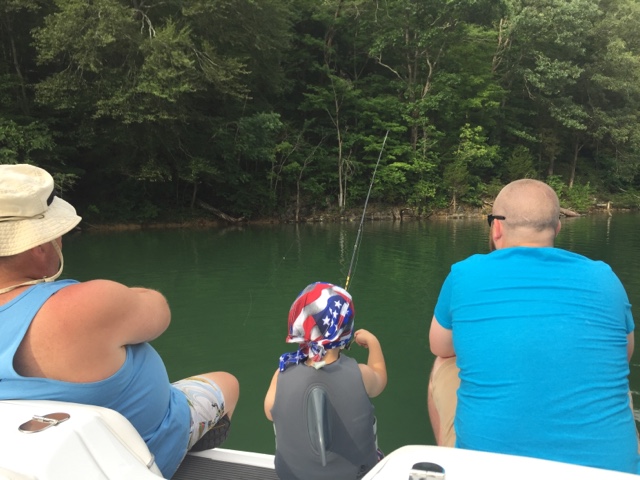 Jordan and I were able to attend the Usher Syndrome conference in New Orleans in July. We learned so much about new research on the syndrome. There is a lot of hope! Jordan is much better at writing up the conferences, so stay tuned for another post about that. We also played tourists for a bit. 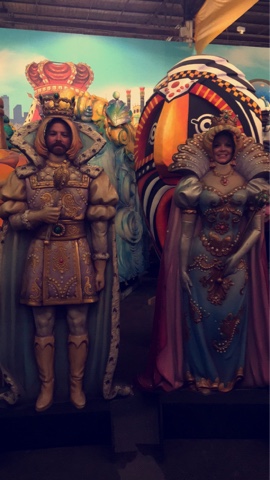 Brody starts school on Monday. We went to open house and met his new teachers,  Ms. Head and Ms. Shuck. He threw a fit when we left because he wanted to stay. He has a big boy back back and is ready to go! 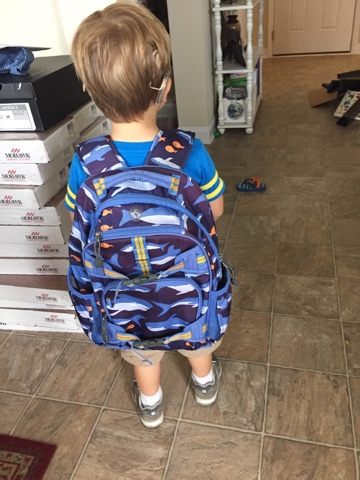 He will be mainstreaming in Shelby County with a regular preschool class. We are so excited to see his progress. His language this summer has exploded. He is using words that I don't hear many of my students using which is pretty amazing. His "incidental" listening skills blow me away. He learns so much just through listening and not us directly teaching him. His speech is a lot clearer, but still needs some work. There are moments that family can't understand him, but over all, many "strangers" are starting to understand what he says!

Posted by The Fromholt Family at 12:47 PM No comments: