Brody got to join my classroom for 30 minutes before he went to Heuser Playgroup one Tuesday while Grandma took JoJo to a doctor's appointment. You would have thought it was the coolest thing I could ever let him do. He sat with the "big kids" and was in heaven! 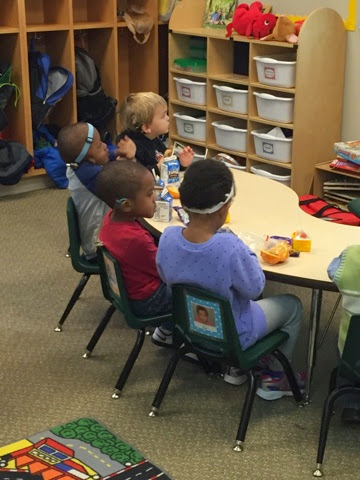 That week Brody also got to go on his first Field Trip. He went with VIPS (his preschool for visionally impaired preschoolers) to Bass Pro Shop. If you have never taken your children there around Christmas, we highly recommend it. Even better than being at Bass Pro Shop, Brody got to ride on the school bus! 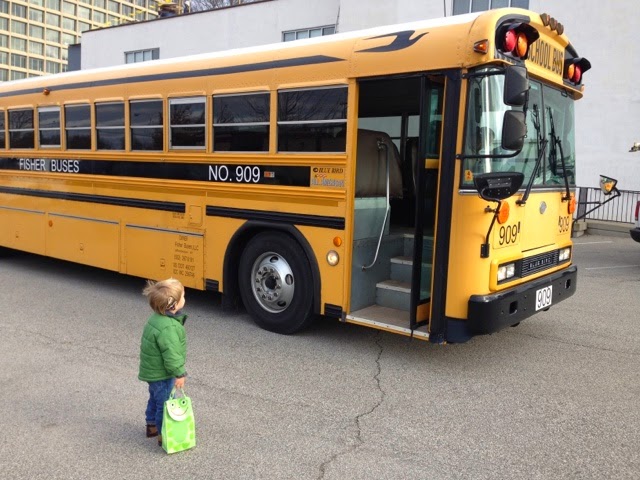 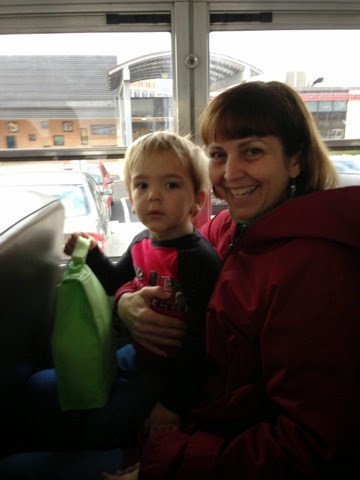 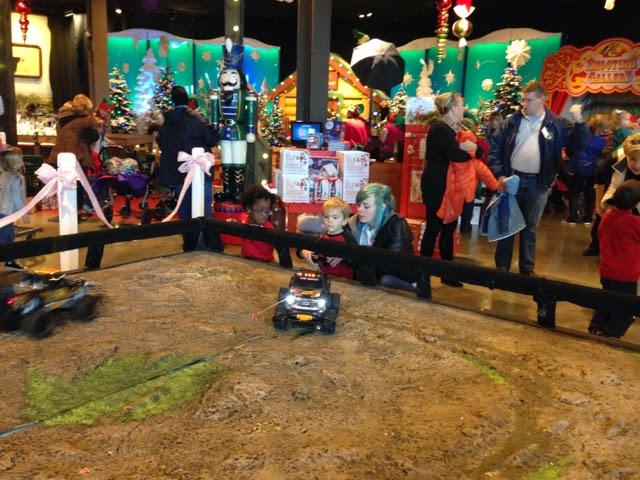 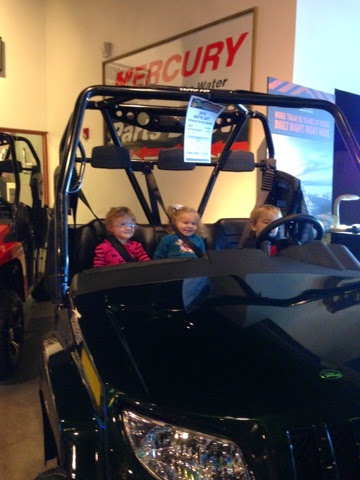 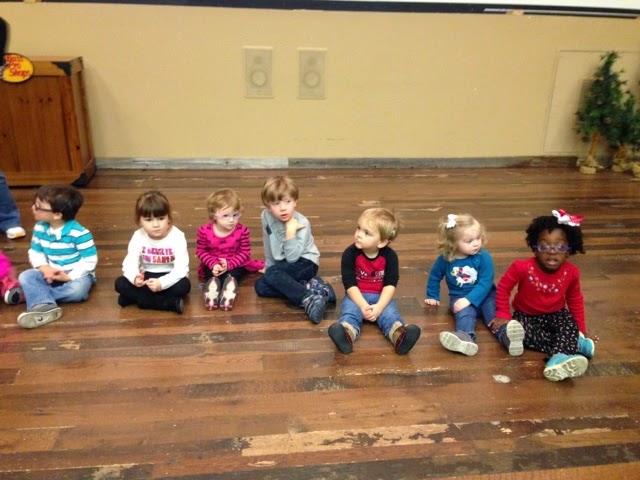 The Davis families (Papa Brown's sister's family) came in town to see JoJo and celebrate an early Christmas. We went with some of them to the Louisville Science Center. They had a blast. One child is only about three weeks older than Brody. It's always good (and bad) to have someone so close in age to compare him to. I know that sounds horrible, but it shows where Brody's gaps are. Following directions wise, they are on the same page. Speech wise, Brody has a ways to go, but he is getting there. 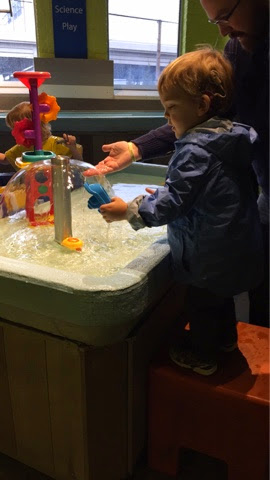 Cousin Jamie brought gingerbread houses for the kids to decorate. Brody was amazed! 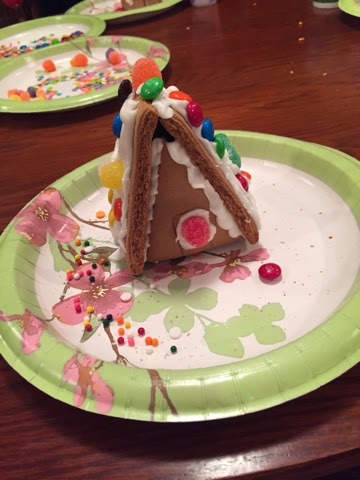 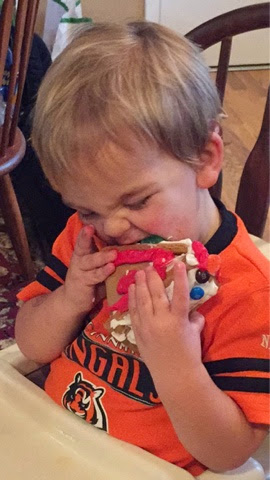 We've been visiting with JoJo a lot over break. She gets upset when she can't see Brody. He is definitely her favorite person! 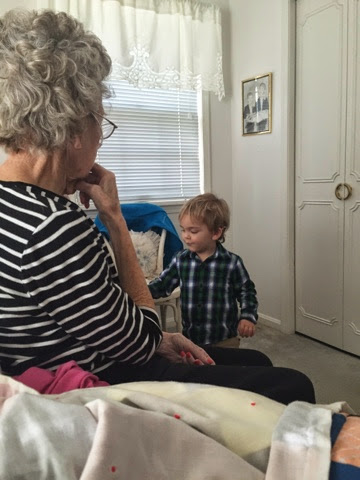 We spent Christmas in Ohio visiting with the Fromholts/Winkles. Brody had a blast with his cousins. He even allowed his little cousin to sit at his table with him. That's progress as he has been super jealous of her. 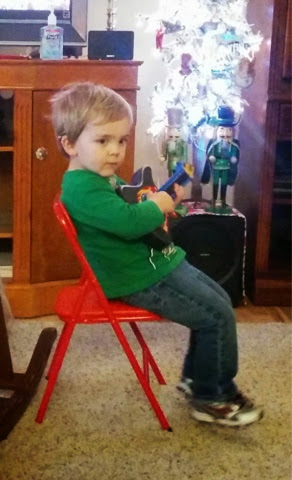 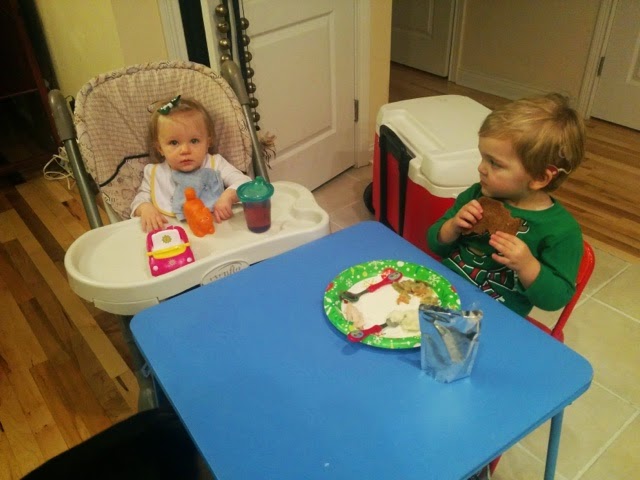 Uncle Jake and Aunt Sarah made Brody a Mickey Mouse chair for Christmas! It is super amazing! They also gave Brody his favorite gift, a construction outfit just like Papa Tom and Uncle Jake. Papa went out to the car and came back wearing his. Brody made his wear it all weekend (including when making breakfast). You can never be too safe. Aunt Sara (this kid has too many Saras in his life) also had bought him a construction outfit. So now, he has one to keep at Papa Tom's and one to have at home. 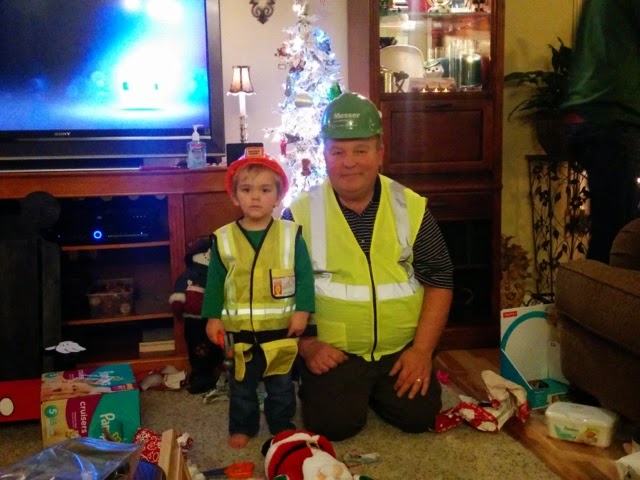 Brody left cookies (and diet coke) out for Santa on Christmas Eve. He was super concerned about putting them on the fireplace since the rules say he isn't allowed to touch it. Christmas morning he was just beside himself that Santa came to his house and ate the cookies! He continues to say "Santa eat cookie" when he passes it. 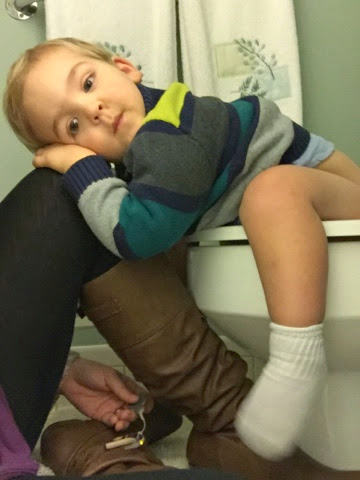 Brody sang "Happy Birthday Baby Jesus" all Christmas, so he was ready for Uncle Josh's birthday. ("Appy to you, 'osh")

We have been working on potty training. He almost has the hang of it.

We also dropped the processor in the toilet. Oops! Brody freaked out! We have a dryer for the processors that we put them in every night to help dry moisture out with. It dried it out fast and it is still working fine. I figured it would happen sooner or later!

Brody got to spend the night with Grandma and Papa Brown while Jordan and I went to the Notre Dame bowl game in Nashville. Grandma was happy to have therapy time back with Brody.

We are 15 months post implant now. Brody has come so far since that day! He wasn't able to give us any response with his hearing aids. We are so proud of his progress in that short amount of time. He still has a long journey ahead of him, but we have no doubt that he will be caught up to his peers sooner than later!

Posted by The Fromholt Family at 2:14 PM No comments: