Last year we did the Walk for Hearing for the first time. We weren't really sure what to expect, but were very impressed with the turn out when we got there. You can read my post from then here. We are gearing up to have another successful walk! This year the walk is back in Kettering, OH on May 10th. It starts at 9 am.

We need your help for two different parts of the walk. First off, we would love to have friends and family in the area join us. It truly is just a walk and not a 5k, but it is for a great cause! Second, we raised almost $1,000.00 last year, and this year would like to see $1,500.00. This can be accomplished through large or small gifts. We will be donating our funds towards the Hearing Loss Association of America's (HLAA) national chapter. HLAA not to be mixed up with my school HHLA (Heuser Hearing & Language Academy). You can read more about the walk here.

Thank you for your help in supporting this great organization. Without programs, resources,  and trainings put on by HLAA, Brody would not be as far along as he is right now! Thank you for your support! 81 more days until the walk!

Posted by The Fromholt Family at 7:28 PM 2 comments:

Is it spring yet?

We have had a busy few weeks of being cooped up because of the snow. Our school district is on #9 for snow days. I hope we get out before our awesomely fun Disney World trip we have planned for this summer! The Alexander Graham Bell Association (AGBell) is a great organization for families and professionals who are involved with hearing loss. There are tons of resources that you can learn about through them. They are focused on the oral approach (talking/speech vs. signing), which is what we are hoping Brody will be able to achieve. Their biannual conference is this summer at Disney World. Jordan figured while we were already going to be there for the conference, we would extend our visit to take Brody on his first trip to Disney. I don't know who is going to have more fun...him or us!

Brody's made a lot of big leaps in the past few weeks in development all around. He showed us his upper body strength and flexibility by climbing head first out if his crib. :) Jordan just happened to look over at the video monitor (which we highly recommend for all new parents) and saw Brody hanging (or more like clinging on for dear life) head down, and about to fall over the side of the crib. After this happened a time or two, we decided it was time to get a bed rail and make his crib into a toddler bed. We gave him a pillow and he thinks he is big stuff! This week he has decided to explore his room during nap times (aka boycotting naps), but if we put him in bed when he is really tired, he goes right to sleep. 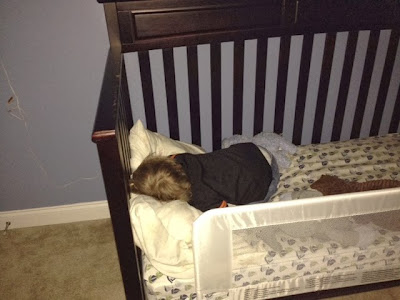 Brody's listening is coming along fast and great! He is able to differentiate between songs without us doing the motions. The list of song a keeps growing too! He is also able to point out pictures in a book and different body parts. Grandma was finally able to capture some of it on video. She says to ignore her singing. Y'all listened to mine though, so I know you can power through it :)

Okay ignore the fact that the voice and mouth aren't matching up. We have been fighting with it and aren't sure why it is doing this. It works fine on facebook, but when it's uploaded to YouTube, it messes up. Also, after much deliberation, Grandma is in the minority about the Eensy Weensy Spider vs. the Itsy Bitsy Spider. :)

Brody is "talking" more too! We have "bye-bye" and "ball" almost perfected. He has a few other words that we know what he is saying but no one else would. One of his goals with speech is to start making sounds like "mamamama," "dadadada," babababa," etc. We have heard the mama a few times (sorry Jordan)!

We ran out of diapers on one of the snow days! Oops! Brody was excited when we made it to the store! 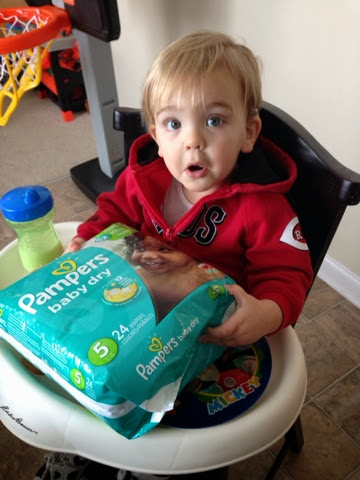 We went to the circus with tickets from VIPS. Brody loved it and hated it all at the same time. He's favorite parts were the dogs and the motorcycles. 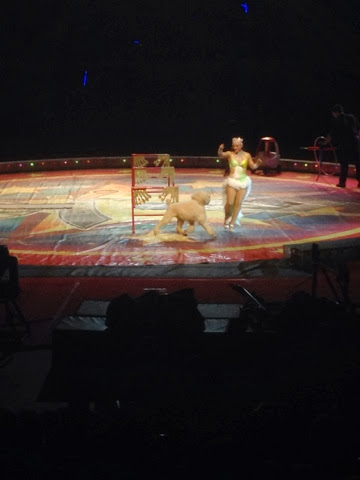 We celebrated Grandma's 54th birthday on the 9th. We went to Queen of Sheeba, an Ethiopian restaurant in Louisville. It was really good. Brody loved it too! When the waitress tried to take away the plate, he threw a fit because he was apparently not finished yet. I hope he keeps this non-picky lifestyle up with food! 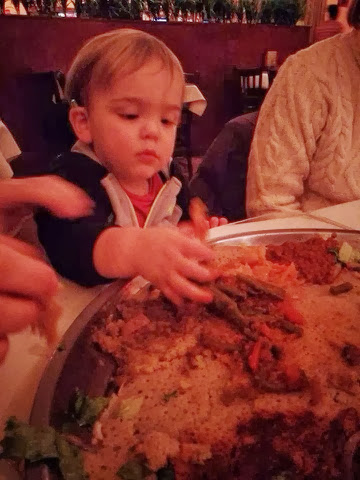 Brody got a cookie while we had some pie back at Grandma and Papa's house. Then he went on a sugar high!! 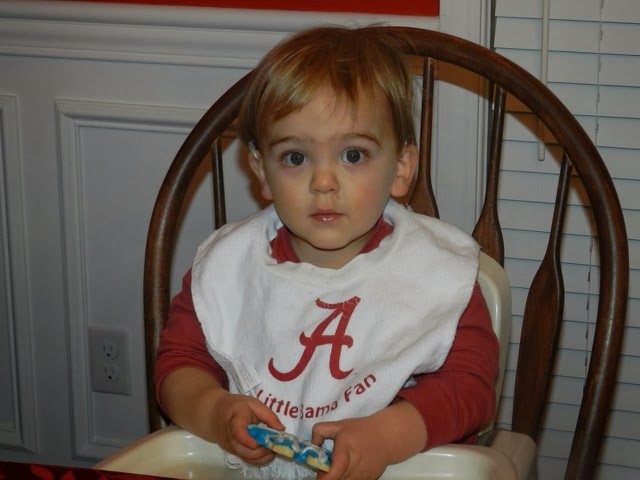 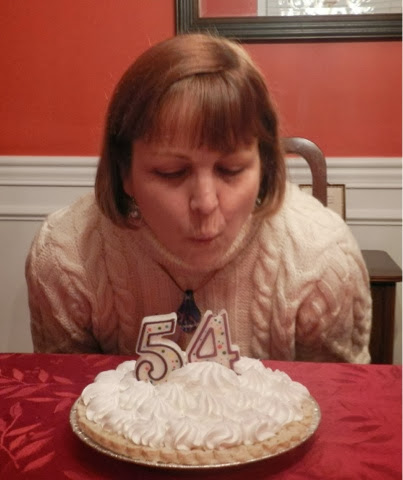 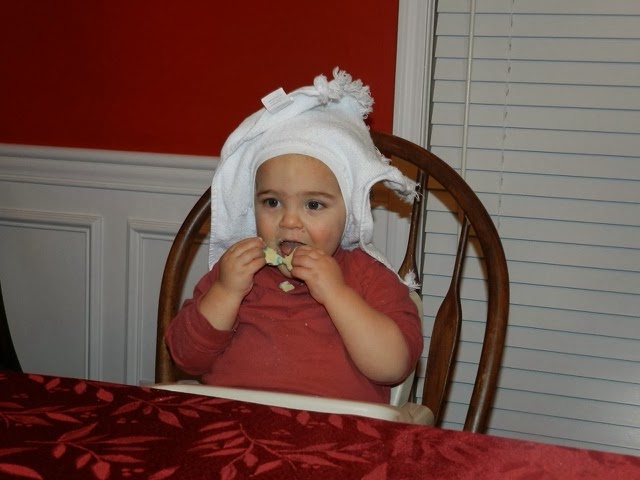 I took Brody to the Shelby County Public Library on Friday (since I was out of school AGAIN). You would be surprised how hard it is to keep a deaf child quiet! He was talking up a storm...and loud! He loved all of the books though! 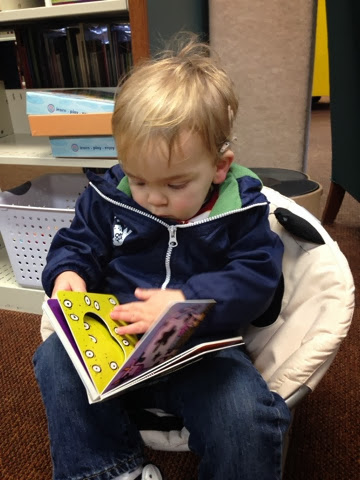 And this is how Brody felt about being "Mommy's little sweetheart!" Love you too son! 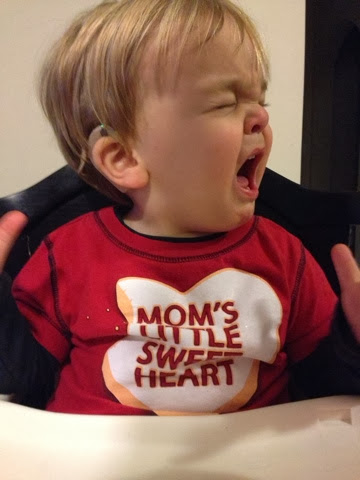 Yesterday was JoJo's (aka Brody's great-grandmother and favorite person in the entire world) 85th birthday! My Aunt Dee, Uncle Phil, and Aunt Bobbie came in town to celebrate. Brody went about 9 hours strong without a nap because he wanted to party all day! 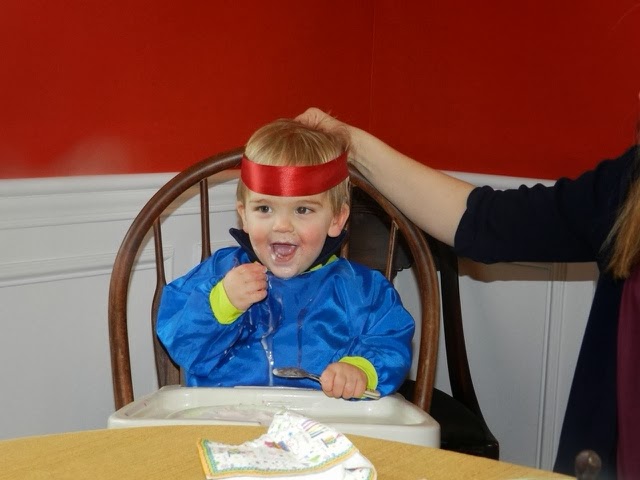 His walking is coming along. Slowly, but he is making progress. He is able to stand up without holding on to anything now. Brody made it all the way down the hallway and outside of church with just holding one of my fingers today. He thought he was such a big boy! We have a new OT who is going to be working on his balance more. Hopefully we will see some more progress in the next few weeks!

We got a call Sunday night that Brody's new cousin, Mary, was coming early! Of course I haven't been sick since college, and decided the week my first niece was born to get the stomach bug! I'm so bummed! Jordan went after work on Monday to meet her and check in on Jake and Sarah. Everyone seems to be doing good! Can't wait to meet her! 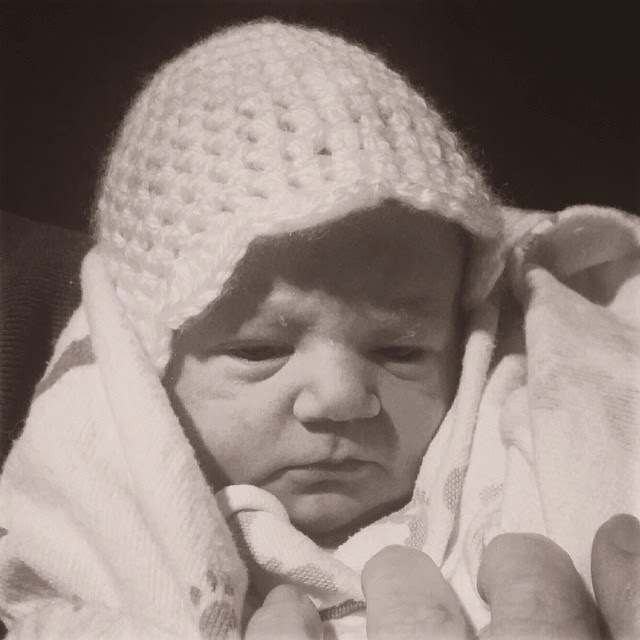 Posted by The Fromholt Family at 6:56 PM No comments: