Brody saw Ms. Kristie again this week. My mom set the tripod up and was able to catch Brody imitating some words!

Might be a stretch but he got the mmm and rrr for more!

We mailed off Brody's backup processors (the N5's) back to Cochlear to get upgraded to the N6 on Tuesday. Wednesday morning Brody's right processor stopped working...with the backups in the mail :) Another reason I am happy we went with bilateral (two) processors. I troubleshooted it doing everything I knew to do. Dr. Scott gave me a few other ideas, but in the end, we were pretty sure the processor computer parts were not working right. We already had an audiology appointment scheduled with Dr. Scott for Friday. So instead of going up Wednesday, we decided to tough out one processor a couple of days. Brody did fine with one. Dr. Scott had placed the order to get a replacement and had it waiting on us for Friday.

We got to Cinncinatti way too early, so we surprised Papa Tom and Uncle Jake at their office. We went to lunch with them. Brody was so excited to see Papa Tom and wouldn't let go of him!

When we got to the audiology office, Dr. Scott had a surprise for us! He worked his magic and got the N6 to replace the broken N5. He also surprised us and had the N6 to replace the other processor too! So now Brody has the newest technology for his processors! The backups are still in the mail and should be here before Thanksgiving.

They look very similar to the first processors he had. They added some gray to them. If you saw the old ones and these, you probably wouldn't notice a difference. The technology part of it is where the updates were. There weren't as many in this upgrade as the previous one that was about 6 years ago. This video explains the features better than I could type them out.

Posted with Blogsy
Posted by The Fromholt Family at 1:54 PM No comments:

Here's you dose of cuteness for the week!

Posted with Blogsy
Posted by The Fromholt Family at 6:10 PM No comments:

"You never thought an extra point would have so much meaning."

We are big ESPN College Gameday watchers in our household. Well, really we are watchers of anything college football. Saturday morning, ESPN played one of their "bring on the waterworks" stories. It was a follow up story from 2010 about Jake Olson. He is a 16-year old who lost his sight due to cancer. He loved football and really missed it after losing his sight. He is really an inspiration! He has the fight that we want to promote in Brody. He wanted to get back on the football field so bad and found what position he could learn to get back. With the help of his teammates, he is making his dream happen!

Here is the ESPN clip...you might want to get your tissues!

Here is his website if you want to learn more about Jake.

We are putting so much focus on Brody's listening so that when his vision starts going, he will still have his listening skills. This weekend, Brody started startling to sound. That means he is hearing it before we have to point it out to him!

Posted with Blogsy
Posted by The Fromholt Family at 6:15 AM No comments:

Brody had a really good day with Grandma today working on some vocabulary cards that Ms. Paula had given us to work on the Ling sounds (ahh, oo, ee, ss, sh, mm, bababa).

Ignore their dog tap dancing or something in the background!

Posted with Blogsy
Posted by The Fromholt Family at 6:37 PM No comments:

Brody has had a lot of therapy over the last week. He saw Ms. Kristie for speech and started listening therapy with Ms. Shelby. Brody did great! He is starting to imitate some sounds. There's still a fine line of whether he is hearing the sounds or trying to imitate our mouths. Either way, Brody has been very vocal lately. He points to his ear now when he hears environmental noises. He something's responds to his name. It is kind of hit or miss. Usually the environment around us has to be quiet for him to respond.

The sound processors are water resistant. So we decided to try the bath with them on. Brody completely freaked out! Normally he loves the bath too. So I immediately took them off. I didn't want him to start hating the bath. However, there is so much language involved with bath time and I really want him to be able to hear it. We tried it again the next night and he settled down pretty quick and became very interested in the faucet.

Brody still isn't walking yet or standing up on his own for more thanks couple of seconds. Ms. Pat his physical therapist had been talking about getting some shoe inserts for him since his feet are rolling in a little when he is standing. They had already started correcting themselves so she was waiting and watching. Ms. Melody his aqua therapist (who is also a physical therapist) was looking at his legs when he got out of the pool the other night. She made the comment that he could benefit from the inserts. We gave her Ms. Pat's number so they could talk about it together. While we would rather not have another thing to keep up with, we would much rather have things corrected early than it be an ongoing issue. On a side note, Brody has decided that he is no longer a fan of aqua therapy. He screams through most of the session. He did it a few weeks when we first started and then became comfortable with it. We took about a month break with the surgery and since we have started back he isn't a fan again. Each session is better than the last so we are slowly making progress. 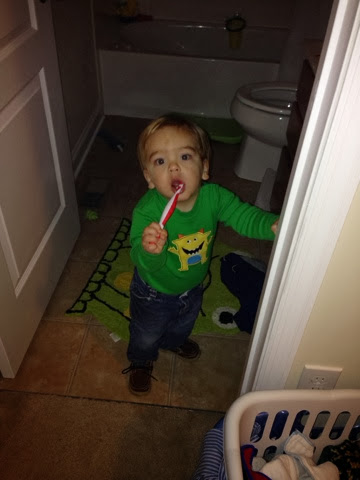 We went to Huntington, WV on Saturday to go to a Marshall football game with Aunt Jodi and Uncle Josh. Brody had a blast! 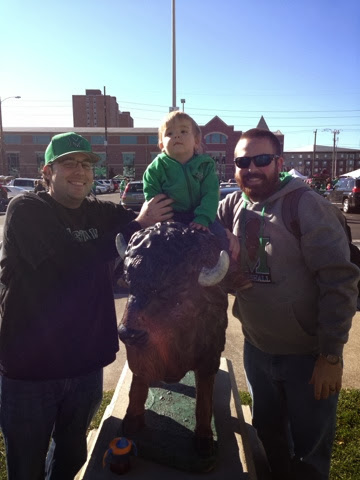 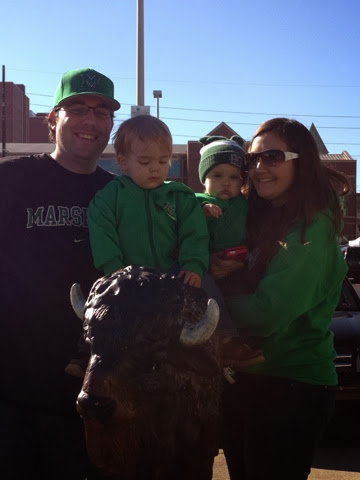 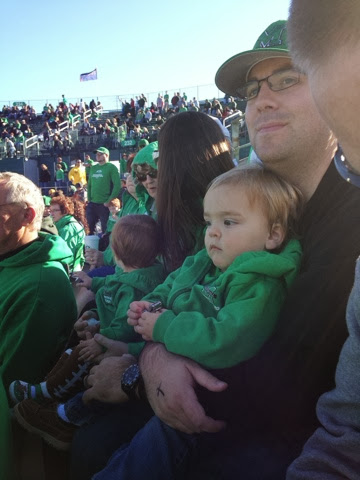 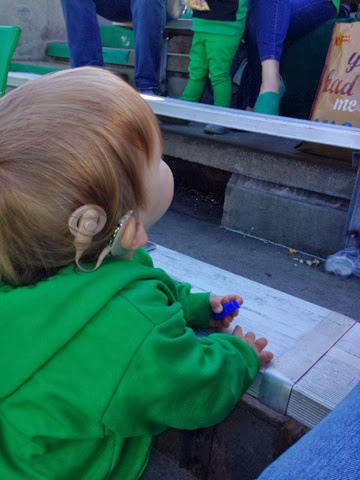 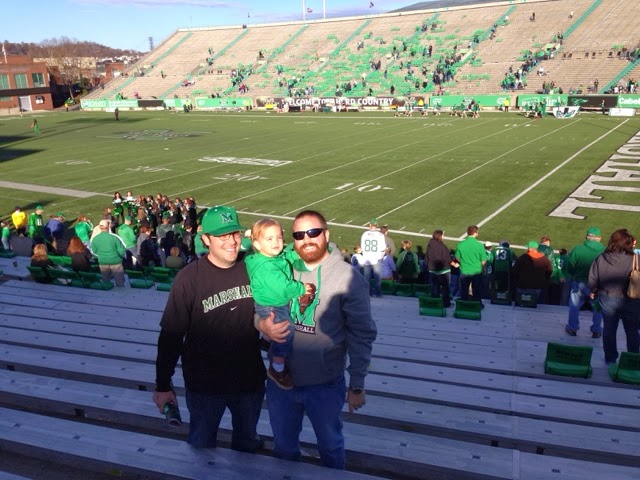 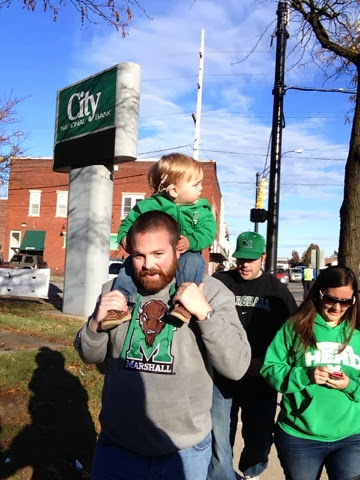 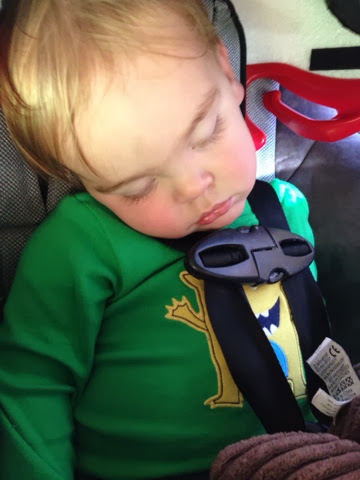 We went to see Dr. Choo (the surgeon who did his Cochlear Implant surgery) for a two month follow up appointment. He said everything looks good. Brody has some scabbing that still isn't healed completely. Dr. Choo told us to put some Vaseline on it until it clears up. Brody has also had a little red spot under the magnet sight on his right ear. Some of my kids at school get them from time to time and the audiologists never freak out, so I didn't with Brody. I loosened up the magnet a little bit and it has mostly healed. Dr. Choo said it looked fine to him. 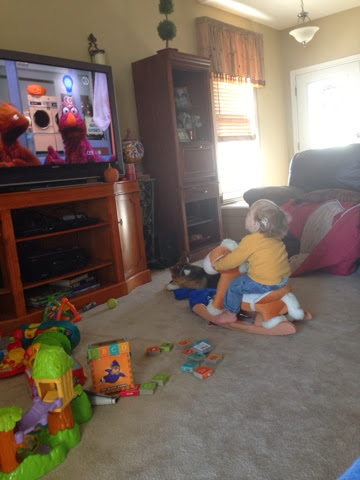 After the appointment, we went to eat lunch with Grammy. Brody decided he wanted to be a big boy and start dipping his chicken in the honey mustard.

After lunch, we went to the beauty school that Jordan's aunt teaches at. She used Brody has a demonstration and gave him his first haircut. His mullet in the back was getting way out of hand! We kept the southern boy swoop though! I had never thought about what you do with the processors when you get your haircut. There is a Facebook group for parents of children with cochlear implants. I asked on there what people did. The majority of people said they took off their kids processors because most hair salons are super loud and the hair dryers are just a bunch of loud noise to them. Others said that they would take one off at a time. I figured this time it would be better to take of both of them. We might work up to wearing them...who knows. 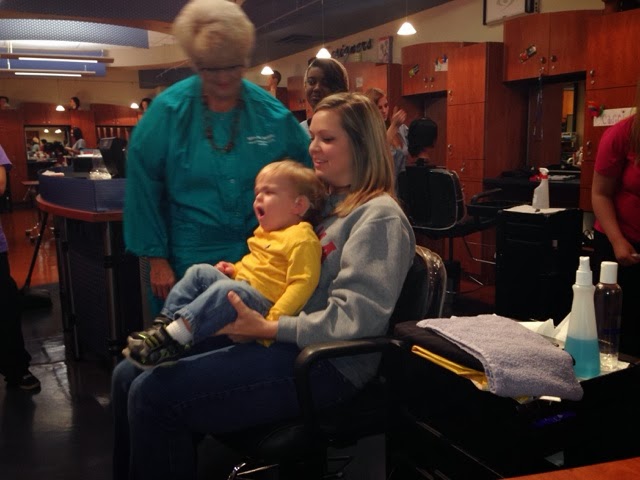 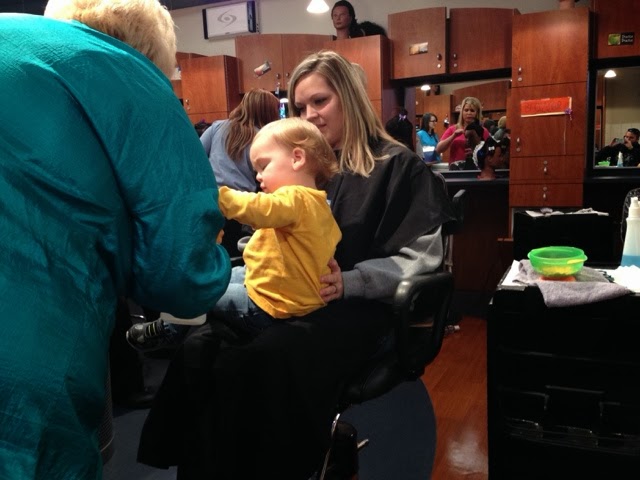 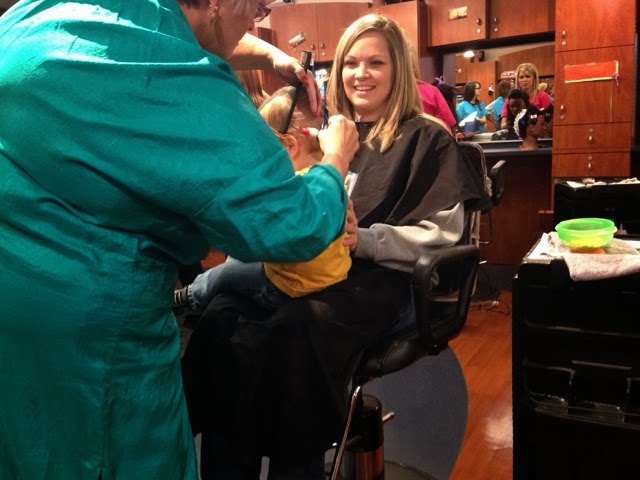 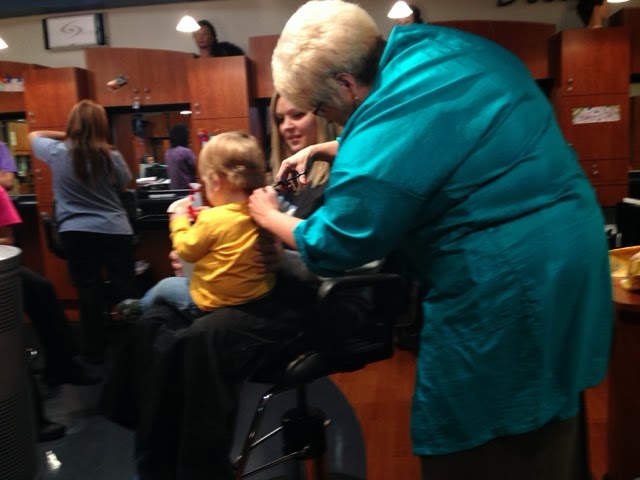 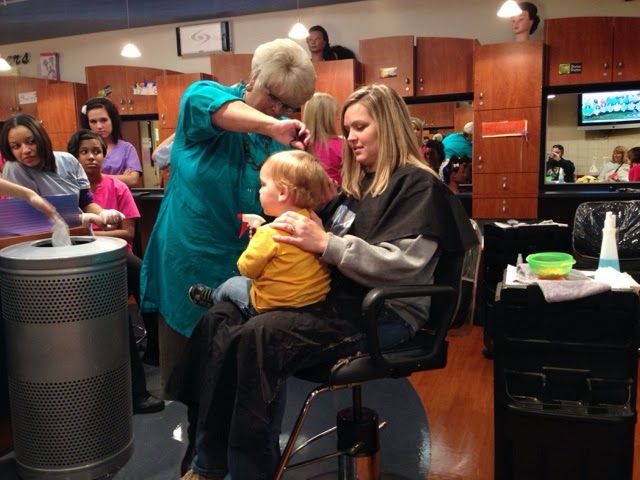 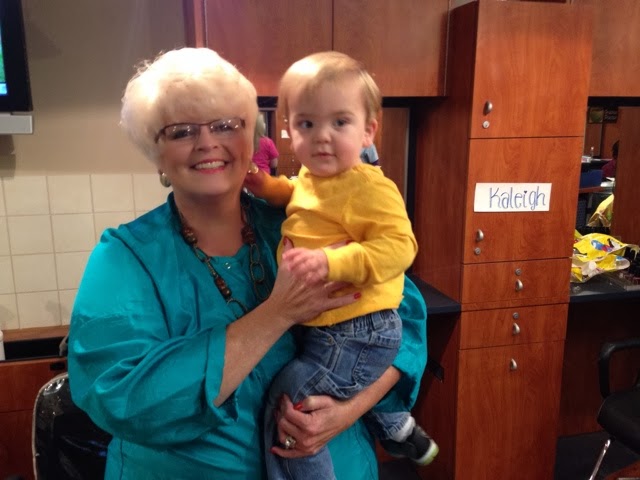 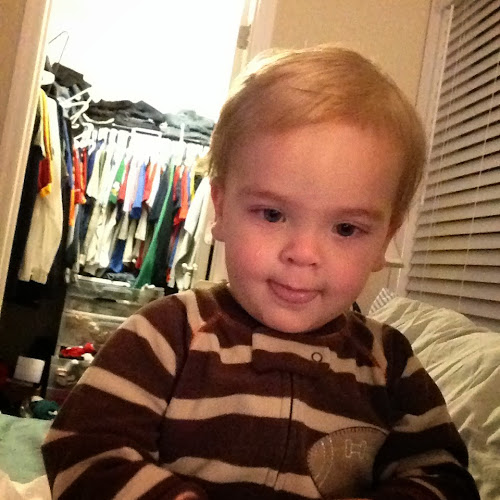 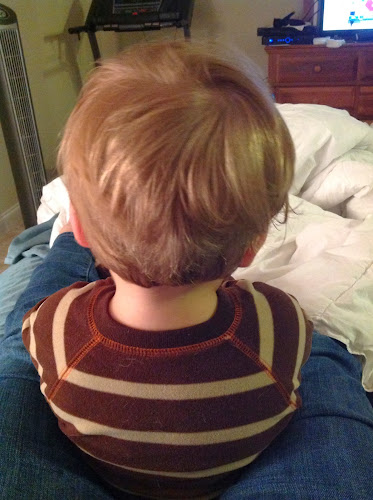 Posted with Blogsy
Posted by The Fromholt Family at 6:58 PM No comments: